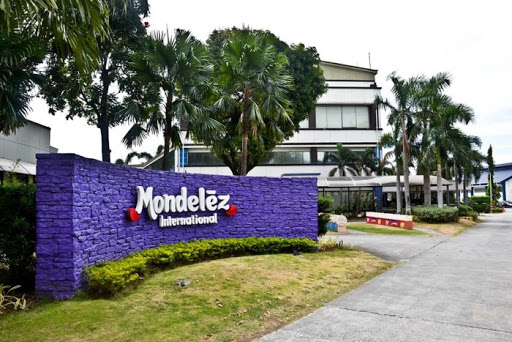 The Future of Organizational Productivity

Rapid increases in productivity over the last few decades have transformed the industrial sector around the world. Today, a combination of cutting-edge technology and highly skilled manpower is used by businesses to provide their customers with products and services in a cheaper, faster, and better way than ever before.

To keep up with the changing realities of the modern workplace, Mondelez has invested considerable time and resources in trying to understand and implement the key tenets of productivity enhancement – ways in which quantum improvements in productivity can be achieved without putting a strain on the pre-existing system.

Mondelez India sees productivity as a fundamental requirement for organizational growth, rather than as a simple KPI or metric to measure worker performance in a specific function. Encouraging faster decision-making processes, facilitating cross-functional collaboration, and leveraging the external ecosystem to foster a culture of experimentation and learning are some of the ways in which Mondelez is trying to inculcate a growth mindset among its workforce and improve productivity along the way.

Quantum increases in productivity are not easy to achieve, and the India Business Unit of Mondelez has often had to face numerous challenges in their quest to maximize productivity and improve the workplace environment. All systems, technologies, KPIs, and processes adopted by the company are of the highest quality and have undergone numerous trials prior to implementation. However, certain practical constraints remain that can adversely affect RoI, such as protectionist government policies, infrastructural issues in the country, and disruptive or unpredictable consumer behavior. Hence, the company is always experimenting and adapting to the changing realities of the business world.

Due to the exponential rate of change and advancement in the modern world, the challenges faced by employees and managers also evolve constantly. Disruptive new technologies, consumption patterns and business models create the need for a workforce that can learn quickly and constantly grow with the organization. Faster decision-making processes, cross-functional collaboration, and a test-and-learn mindset are some of the elements that have been used to foster a culture of growth, productivity and learning in the company.

This is a world-class, future-ready, integrated supply chain model that makes use of state-of-the-art technologies such as the Internet of Things (IoT) and Artificial Intelligence (AI). Manufacturing waste analytics, predictive quality enabled by machine learning, co-manufacturing ecosystems, digital capacity optimization, and affordable automation are some of the other productivity enhancement strategies used by Mondelez.

This innovation-led approach to productivity enhancement, adopted by Mondelez, has led to double-digit growth in revenue for the company in recent years, despite strong competition and adverse economic conditions. The customer is always at the center of all productivity enhancement strategies undertaken by Mondelez, which has established cross-functional groups of talented leaders who can work on futuristic projects that require innovation and agile execution.

The Role of Innovation, Research, and Technology

On the 31st of October 2018, Mondelez unveiled a state-of-the-art R&D center in Thane, Maharashtra. This center was built over a period of two years and required an investment of around INR 100 crores. The center applies over 140 technologists and scientists who are tasked with driving innovation and improvement in the company.

Mondelez focuses on value-driven investments in technology and emphasizes RoI. New technologies are rolled out in small-scale pilot projects, an approach that minimizes risk and maximizes efficiency and productivity.

One example of this type of technology is the use of diagnostic and predictive analytics to create ‘Suggested Orders’ for individual sellers, based on their past purchases and other records. This system makes use of an analytical mechanism to analyze and leverage historical data to make the task of ordering easier and quicker for sellers. An AI-based route optimization technology has also been used by Mondelez to track its cold-chain distribution network digitally.

The Importance of Individual Talent, Teamwork and Up-Skilling

Mondelez undertakes innovation-based partnerships with other organizations, universities and creative media agencies to maximize opportunities for talented individuals in the workforce. The top students from the best technical and business schools of India are enlisted to help improve productivity, workplace practices, research and development and other functions in the company.

To enable effective collaboration between different teams and departments, Mondelez leverages the idea of ‘open innovation’, which involves the flexible exchange of knowledge and ideas within the company to expedite internal innovation. This enables the formation of an innovation hub within the company, led by a cross-functional team of leaders who can collaborate with suppliers, scientists, engineers, investors, and potential business partners to maximize productivity.

Building comprehensive functional expertise among employees and democratizing access to direct consumer interactions are some of the primary goals of up-skilling within the company. Employees get exposure to varied cultures and geographies and have the freedom to create a unique career path for themselves within the organization, based on their individual skills and interests. Employees are encouraged to develop a variety of skills and capabilities, prioritizing multi-tasking rather than over-specialization. This approach minimizes redundancy within the workforce and improves productivity.

Lessons in Productivity Learned Through Trial and Error

Mondelez has tried to embed a culture of ‘test-and-learn’ within the workforce, which allows individuals and departments to try new innovative ideas and methodologies for improved productivity. This mindset creates a bias towards action and emphasizes prototype over perfection, which means that employees are encouraged to try new ideas even when there is a chance that the experiment might not be successful. Forums like Category Boards encourage employees to share what they learned from successful as well as unsuccessful pilot projects and experiments.

The company also seeks constant feedback from customers, and these are acted on promptly by teams of professionals empowered to take calculated risks. For instance, the 5 Star Renovation Productivity track was introduced by the company to expedite the process of production. However, this track was rolled back when post-implementation consumer feedback indicated some issues with the track. The strong cross-functional collaboration enabled the Productivity team to close the gap created by this rollback and overdeliver despite the temporary setback.